Milton Police To Be Featured On America's Most Wanted 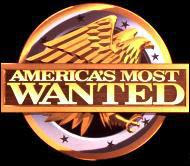 Many thanks for all the hard work the Milton Police do each and every day!

courtesy http://www.amw.com
Police: Madam Lets Others Take The Fall, While She Takes Off

Keith Brown was a successful businessman who was proud of his accomplishments. He'd built a pressure-washing business in the Atlanta area into a major money-making venture, and he liked to show off his success.
But police say he bragged to all the wrong people. Police say Brown was a client of Kisha "Key" Rutledge's escort service, known, among other names, as the Atlanta Keys.
But he ticked Rutledge off when he started going around the madam, and giving his money straight to her call girls.
Not only that, but detectives say one of Rutledge's call girls had mentioned that Brown would often flash wads of cash.
Rutledge decided it was time for some payback. When emergency crews got to Brown's apartment, the cell phone was still in his hand.
You Don't Double-Cross A Madam

Milton, Ga. police say Rutledge planned to kill Brown and take his money, and she pulled in three people to help her do it.
On June 12, 2007, the group -- 17-year-old Jeff Dulcio, 19-year-old Stephen Woods, and 25-year-old Michelle Morrison -- put Rutledge's plan to action.
Brown called one of the call girls for a late-night visit, but when he opened his apartment door to let her in, he was instead faced with two men -- Dulcio and Woods.
Police say Dulcio had a gun, but since Brown is a gun collector, he was also armed, and the two started a shootout. Brown was hit several times.
The men left him bleeding and frantically calling 9-1-1.
He told the dispatcher that he had been shot, and that he was dying. When emergency crews got to Brown's apartment, the cell phone was still in his hand.
Brown left behind an 8-year-old girl who friends say was the center of his world, and his estranged wife.
Case Comes Full Circle For AMW Actor

This case hits especially close to home for a man who played a murderer in an America's Most Wanted re-enactment in 1990.
Fred Dollar played Dennis Ray Butler, a fugitive who was caught the same night the show aired. Now, Dollar wants to help catch another fugitive: this time the woman accused of planning his friend's murder.
Fred and Keith had been friends for more than 30 years.
Fred says they played in bands together around Atlanta, and Keith was a gifted drummer.
Even after the bands fell apart, the two would sit out on the porch with an acoustic guitar.
Fred dearly misses his friend, and wants to help AMW bring justice to Keith Brown's family and friends.
Kisha Rutledge - Wanted For: Felony Murder, Milton, GA; Jun 12, 2007.
Complete AMW Broadcast: Saturday, March 21st, 2009 / Sat / 9pm / Fox

It is too bad OB is not still in charge of the police. He would love to be on tv.

I'm sure JZB would not allow anyone else to have such a high honor as to be on television. Sorry OB.

Do you remember what happend to Tammy Faye? Julie, please be careful!

So, who are you -- a Max Factor wannabe?

Someone has a serious blog-stalking problem. Hey Tim maybe you could put on your site an area for bloggers who need therapy that are consumed with the lives of others.

I'm rather high class Jaipur Escort I trace the high level rules because I am from very high class society. I am extremely sweet spoken I'll talk to you personally lightly I will talk English fluently as well I am well educated from Jaipur when you visit me you truly feel prompt curl up because I am very sexy house wife Escort at Jaipur I shall provide you tight kiss and you catch me and accept me on the bed for making love with me personally.

We've set the benchmark for the entire industry when it comes to providing quality services at affordable prices. Our Call Girl in Kota have massive experience in the business despite their young age. They are professionals at what they do and enjoy what they do. We are the first choice to people of Kota when it comes to hiring

When you contract from us you can be sure as our Female escorts in Kota are appealing and provocative. Likewise we have numerous Escorts in Kota so that there will be boundless decisions for you to browse Read More :- Kota Call Girls