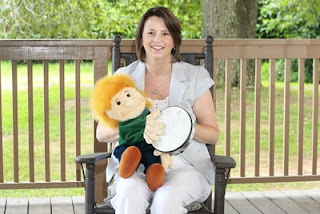 Throughout the month of August, Sperber Music is offering Milton and Alpharetta residents free trial versions of its popular children’s classes at Bethwell Community Center.

“I’ve just moved to the Milton area so my name in Milton isn’t well known,” said music school founder Karen Cornell. “So I just wanted to spread the word and just get people excited about learning music.”

Parents with children up to age 3 can sign up for Cornell’s Music with Mommy class.

“That’s where the mom or caregiver can come and bring their child and we do a whole music-making class,” she said. “It will involve lots of different props like parachutes and streamers and scarves and small percussion instruments that the children can grasp in their hands.”

“I absolutely love teaching children and teaching the younger children is my forte,” said Cornell, who taught music at schools in Forsyth and Fulton counties for about 16 years. “I love the creative part of it, the games of it and the enthusiasm that the children have.”

In addition to using child-sized instruments, she incorporates songs, dance, poems, books, games, puppets and creative movement into her lessons.

The classes she teaches at the music school follow the Orff-Schulwerk method of teaching. She has been trained as a master teacher in that field of study.

“It’s just a way to involve creativity for children,” Cornell explained. “There have been so many studies done that say children learn best and can remember the information if they are actively involved instead of being told something and having to regurgitate the information.”

Cornell partnered with the city of Milton last year to be its music education provider. Alpharetta residents also enjoy the benefits of the discounted music classes through a mutual agreement between the parks and recreation departments of both cities.

Clients outside those two cities must pay a 50 percent upcharge for classes, Cornell said.

Aside from the free trials in August, classes generally last six to eight weeks.

“The parents have been very much surprised at how much their child has grown in the eight weeks,” Cornell said.