Former state champion Coach Boyd opens up about allegations of recruiting out of area basketball players. 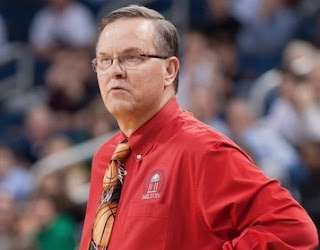 MILTON, Ga. -- Former Milton High School basketball Coach David Boyd said he believes the parents of one of the players sparked the initial cause for the investigation.

"I had received word from Shawn O'Connell's parents that they had made the decision to move their family to Milton so he and his brothers could play for the school," Boyd said. "When you have a program as good as Milton's, people want to play for it. I was excited to have him at Milton, and posted the news to Twitter."

The former coach said the school deemed the post improper because O'Connell had yet to register at Milton.

"That's what started this whole mess," Boyd said."That was my undue influence."

The sanctions stem from the investigation into accusations against Boyd and the school.

The investigation determined Boyd and other school officials "unduly influenced" out of district students to play for Milton.

Boyd resigned from the school in September and continues to deny the allegations.

"The Georgia High School Association has placed the boys' basketball program at Milton High School on probation for the 2012-13 season for violating GHSA rules in regard to 'undue influence,'" GHSA said in a prepared statement on Tuesday, Oct. 9. "This means the Milton team will not be eligible to participate in the region tournament or the state tournament. The program will be on 'severe warning status' for the 2013-2014 season, but will be eligible for post-season play."

The GHSA defines "undue influence" as things done by one or more people associated directly or indirectly with a member school to induce or facilitate the transfer of a student to that school.

The school was also fined, but the amount has not yet been disclosed.

"This was a very detailed, long investigation," said Steve Figueroa, spokesman for the GHSA. "The players aren't being penalized, they're all still eligible to play during the regular season."

Still, the GHSA struck a blow to a team and school that has played in four state championships – winning two in 2010 and this year.

Boyd said he was cleared of accusations he initiated contact with parents of prospective players.

"The players are all eligible to play, which clearly means the families made legitimate moves, and that I did not, in fact, contact them first," Boyd told the Milton Herald.

The GHSA found no evidence that Boyd initiated contact with prospective transfer students or their parents or guardians.

Boyd said the school's principal and athletic director knew of the 30 parents who contacted the school last spring and summer about their boys playing for the team.

Ten of those families decided to move, while the other 20 made different choices.

"No promises were made to these kids," Boyd said.

"This investigation was about undue influence, not recruiting, and people need to understand the difference," Craft said. "The issue related to other situations where the students were influenced to attend Milton after their parents expressed an initial interest in the school."

The actions determined to be inappropriate by the GHSA include the school using their summer workouts as a way to evaluate the talents of out of district players, facilitate housing arrangements for the families and offering help with communication about a student's college possibilities even before the potential player was a registered student at Milton High School.

Craft said the county is in agreement with the GHSA findings and is ready to move forward.

"We are already interviewing for a new head coach and are excited to build a program based on integrity and ethics," Craft said.

"The school and the team are ready to move forward and be a strong competitor in the coming season."

Boyd said he is relieved the boys are still eligible to play and has called the investigation unfair to his reputation.

"I was sent down the river," Boyd said. "The school administration was well aware of what was happening."

Boyd is now retired, after teaching and coaching for about 25 years.

He is considering coaching next spring, but will look to schools outside of GHSA influence.

"The definition of undue influence defined by the GHSA is too broad," Boyd said. "There's too much room for error and if I'm going to coach again, I'd like it to be somewhere where the rules are more defined."

The GHSA is a joke.