AM NOTE: Please keep this family in your thoughts and prayers during this difficult time. 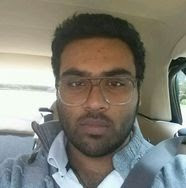 By Christopher Seward The Atlanta Journal-Constitution

The teenage driver of a Ferrari that crashed in flames last week in Alpharetta died Wednesday, police said.

Alpharetta police spokesman George Gordon said Alpharetta resident Akshay Panducherry died from injuries received in the Oct. 19 wreck. Panducherry suffered burns over 80 percent of his body and was being treated at the burn unit at Grady Memorial Hospital.

Ferraris are equipped with a black box, similar to the devices found in airplanes, but Gordon said investigators could not get any information from it.

“The vehicle did contain the black box but it was destroyed by fire,” Gordon said Wednesday. “However, our crash team investigators will identify adequately the speed of the vehicle at the time of the crash.”

The F430, which was manufactured from 2004 to 2009, has an estimated top speed near 200 mph, according to Road & Track magazine. Police, however, have not speculated how fast Panducherry was driving.

The wreck occurred on Webb Bridge Road in north Fulton near Alpharetta High School. The car was traveling eastbound on Webb Bridge Road just before 4 a.m. when the crash occurred. Gordon told news media the driver narrowly missed a bridge abutment while leaving the roadway.

Police found the car about 60 yards into a wood line, engulfed in flames. Gordon said Panducherry and Patlolla crawled out of the car after the crash.

The high-powered Italian sports car was a birthday gift Panducherry had received from his father a week earlier, according to Channel 2.

Gordon said the investigation into the accident continued.