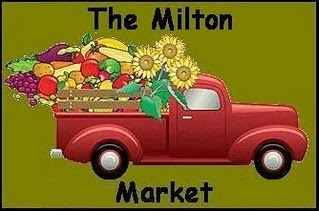 Since Milton incorporated in 2006, many front page stories have been of a controversial nature.

We have had numerous ethics hearings, mud thrown during elections, and finger pointing.

People seem to flock to such stories as opposed to those that truly showcase the good that people do make happen here every day. The case of Milton Teen Zack Eller would be a perfect example.

I had the honor of meeting the Eller Family three years ago when my wife Ginger and I came up with an idea to have a Milton Farmer's Market in Crabapple. Their claim to fame was 'Woof 'Em Down Dog biscuits'; a business that Zack and brother Thomas came up with to raise money for homeless pets.

Each summer, the Ellers along with volunteers, will cook up 3000 dog biscuits selling them at various local events. They also work with local schools and even the Atlanta Braves organization. To find out more about this great Milton business, please visit http://www.woofemdown.com/ .

While we took the lead on the Milton Farmer's Market the past two years, Ginger and I simply didn't have the time to devote this time around. When we reached out to the Ellers hoping parents Traci and Tom would lead the charge for 2011, we never expected Mom Traci to respond telling us that their eldest son Zack wanted to take the reigns. For this young man to step forward at age 16 with so much going on in his young life was truly impressive.

Not only is he a Milton High School student that studies on a regular basis, he is also a pitcher and first baseman in Cobb. Besides his weekly practices and weekend tournaments, he will be on a strenuous workout program this summer with his long term goal being to play in college. With his determination, I have no doubt he will make it.

When pressed about his eagerness to step forward, he replied "I am excited about taking the lead on this year's market and I am looking forward to a successful summer. I am happy to be able to offer the citizens of Milton a chance to sell their goods or just come out and talk with their neighbors. It's a fun, casual, relaxing thing to do on a Saturday morning...when you aren't playing baseball."

Zack has poured his heart and sole into this year's "Milton Market." ( He made the executive decision to change the name so that other aspects of the city can be included as opposed to it being just produce driven-a great idea!)He has had to make many tough decisions; one of which was moving the location from next to the "Olde Blind Dog Irish Pub" to across from the Alpharetta Government Center next to the old community center in Crabapple.

Even with the 'Milton Market' kicking off this Saturday, he is constantly calling, emailing, and speaking with would be participants. He has also created a website for the event at http://www.miltonmarket.weebly.com/ .

With all that this young man has done, it is my hope that the citizens of Milton will
become inspired to make Milton Georgia the best it can be. It is also my hope that citizens reward all his efforts with support for this event. With that, we hope you've enjoyed this truly Great Story! 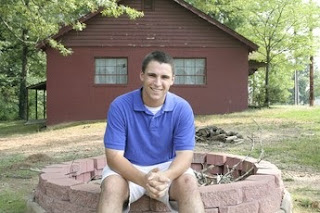 MILTON, Ga. - A sophomore at Milton High School has taken the lead in putting on this year's Milton farmers market.

Zack Eller is no stranger to hard work. He has started his own company, "Woof 'em Down Dog Biscuits," which provides homemade biscuits for animal shelters.

"It's a casual, relaxed market that will give members of the community a chance to mingle with their neighbors, and I am excited to be able to offer this to the residents of Milton," Eller said. "I hope everyone comes out and finds something that they like. I think you'll be surprised by who you will see selling produce."
He is currently working on gathering new vendors for the market, which he has renamed the "Milton Market."

"I wanted to do that so we could expand to different fields other than farmers and to get youth involved," Eller said. "We will not only have fruits and vegetables, but a great variety of things offered, from a gold and silver buyer to gourmet cupcakes."
He said 15-20 vendors have already signed up.

"I have always had a blast at farmers markets, and I've loved Milton's since it started," Eller said.

The market offers fresh produce from a variety of local vendors with many different products, including honey, eggs, plants, jewelry, handmade birdhouses and Juice Plus Vitamins, as well as fresh fruits and vegetables.

Vendor space is free and can be used as many times as the vendor wishes. Even students can get into the act to raise money for their school, church or charity.

This is the third year of the market.

The Milton Market is open from 9 a.m. to 1 p.m. beginning on Saturday, June 11. The market will run every Saturday until July 30 outside the Crabapple Community House, 1261 Broadwell Road, across from the Alpharetta government center. For more information, call 678-896-2491 or visit miltonmarket.ga@gmail.com.