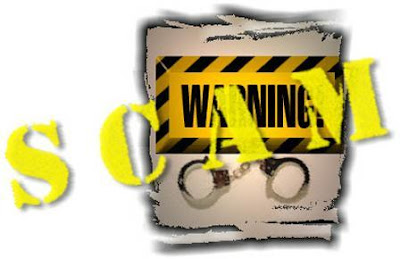 Many thanks to Miltonian Tara Chambers for sharing this information with our readers.
Dear Neighbors,
I wanted to make you all aware of an incident we had at our home yesterday (Saturday 5/25/09). It was about 5:30pm, I was in the basement with the kids and my husband was upstairs in the kitchen. I heard the doorbell ring, but when my husband didn’t call for me I figured he handled whatever it was. About 10 minutes later I went upstairs and saw my husband sitting at the kitchen table with a young man (white male in polo shirt and jeans, about 19 – 22 years old). My husband was writing him a check. I walked over and asked what was going on. My husband said “this is Steve Burton, they just moved into the neighborhood recently and he is a student at UGA raising money for the school band”. I was very confused because I am pretty up on who lives in our neighborhood (with only 74 homes it’s not that difficult) and as far as I knew there was no “Burton” in the neighborhood. I looked at him and asked where exactly he lived in the neighborhood. He said 410 The Hermitage Drive – 2nd home on the left. I went and pulled out the neighborhood directory and I know who lives in that house and it has not changed ownership in the past 5 years. I then continued through the directory and told him there was no Burton in the neighborhood and that he does not live at 410 The Hermitage Drive. He was very confident and explained that they had only moved here 6 months ago and since he lives away at school he may have the address wrong. He said since they are so new to the neighborhood, they aren’t in the directory yet. I confronted him further by saying the directory is brand new and just came out last week. He said it must be a mistake and he will have his mother look into it. I asked him for his home phone number because I wanted to call his mother and he said he didn’t remember the number and his mother’s cell phone was off right now so that wouldn’t help. He also went on to say that his mother was good friends with Diane Godby (my neighbor) and that she could vouch for him. I called Diane but unfortunately there was no answer at her house. This went on and on. He sat at our kitchen table and told lye after lye and was as confident as he could be. He said he would get his mom and be back in about an hour and get the check from us at that time. He had an answer for everything I confronted him about. I told him point blank “your story isn’t adding up” and he wasn’t flustered one bit. We asked him to leave our house and he had the nerve to ask what other homes he should visit. We said “NONE – everyone here is very suspicious of solicitors and until you can get your mom to confirm that you live here, we wouldn’t recommend he go to any other homes.” He said “ok, I understand and can I have a bottle of water.”

After he left I got in touch with my neighbor (the one his mother is supposed to be great friends with) and she said she has no idea who he is. She said he came to her house and said he was with Milton H.S. He told her a whole different story and got a $20.00 check from her. He was a VERY good scammer. We think he used UGA with us because my husband is an alum who answered the front door with a UGA visor on his head. Diane probably had something “Milton H.S.” around her house that he picked up on.

We called 911 and the Milton Police came out. This part shocks me the most. They stopped the boy and ran his name. They said there was nothing on him in the system and there was nothing they could do except tell him to leave the neighborhood. I was shocked. I said he was obviously lying and scamming people out of money and the police officer said the problem is it is similar to a “used car salesman”. They can say anything they want and try to get you to give them money. It’s a “buyer beware” situation. I still don’t completely understand how this isn’t illegal and why this boy wasn’t arrested, but bottom line is PLEASE BE CAREFUL who you let into your house and give money to. This is a perfect example of why I am so “over the top” about soliciting in Milton. People here are so trusting and generous and we are easy to take advantage of. The officer also said that they had gotten a lot of phone calls over the past few days about this “group”. He then explained to me that the “group” usually busses kids in from South Fulton. They give them the books and magazine subscription forms and anything else they need to make it look legit. He said this wasn’t just this one boy working on his own. It’s a whole group running a larger scam.

Please be careful and don’t buy anything from solicitors. There is no way to tell who is legit and who isn’t in my opinion.

I had a similiar situation this weekend. A strange man came to the door and asked me to show him my bare chest and he would give me $20. Once I did, he refused to pay and sped off in a white van. Several of my neighbors reported the same thing happening to them.

Hey, that happened to me also. I live in Bethany Green. Any others have this situation? His excuse was mine were too small!

I wasn't asked to show my chest, but I was asked to drop my pants for $20. The guy had a red face and very smooth looking hands.

Hello from Potterstone Glen. My husband was approached and offered the $20 to see my chest and he told the guy he would take $10! I am really mad at him right now, how embarasing for me to have to lift my shirt for $10. I feel used. I hope they get these guys soon as my husband thinks he has found a new income source?

What color was his hair?

It was kind of a sandy-blond.

From White Columns, I was approached to "show em" for $20 also. I promptly told the guy they cost much more than that when I bought them and he left.

Thanks for the info!

Any other men been approached?
I dont think these guys have any boundries as far as gender.

So do the women of Milton always show their bare chest for $20? I bet this makes for some interesting city council meeting. Maybe the city council should reverse bare chest tax, were the police are require to provide $20 to anyone who exposed their bare chest in the Milton City limits, I am sure this would attact more people to the City of Milton to pay the 17% utility tax...

desperate housewives or too old to work at the Oasis.... Just sit at BP and enjoy the craziness. The old gentlemen picking up their boytoys and the young guy staging his girls there for the daily clients. What a place Alpharetta/Milton has become

Time is right to add a "No Solicitation" ordinance in the City of Milton.

Might want to add "We are Scam proof" to city limit signs. This might be a deterrent. Could place large billboards, reading: NO SCAMMING WITHIN OUR BORDERS.

I just found out about this website for Milton, and Ya'll are just plain stupid. Won't be looking here again for any intellect, because there isn't any.

Who is stupid, Sandra? You cannot even spell Y'all correctly!! You must be a relo from the North.

Anonymous said...
This comment has been removed by a blog administrator.
8:51 PM

buh bye Sandra C. - of course that is not who you really are.

Actually the city council metings are entertaining but not because they show their chests> But becaus ethe show their insecurities by talking on and on about nothing. Especially one council women.

Maybe you should sober up before you blog.

Do you guys think that maybe Tara showed the guy her tig ol bittys?