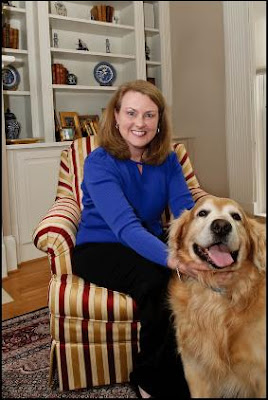 Milton City Council Member Karen C. Thurman
has announced that she will seek re-election for
her current seat in District 1.

A native Georgian and 25 year resident of the
NW Fulton area, Thurman has a long history of
service to the Milton community. She has worked to proactively preserve the rural character of the area serving as Co-Chairman of the Northwest Fulton Overlay Committee and as Chairman of the Rural Preservation Steering Committee. “Only through long-term planning can we protect the very things which make our city unique”, Thurman said.

“My understanding and experience in community planning along with my financial background in both the private and public sectors have proven to be instrumental in establishing our vision as a City”’, Thurman said in explaining her decision to seek re-election. “Our country is currently experiencing tough economic times and Milton is not immune to them. We, as elected officials, must determine the long-term plan for Milton which includes a realistic financial model to carry-out that vision”, Continued Thurman. “Our quality of life is dependent on proper planning for our future”, she said.

An accountant, Thurman carefully watches over all financial aspects of the City. Prior to incorporation, she served on the City of Milton Organizing Committee as chairman of the Budget and Finance Committee. “I am a big proponent of local decision making”, said Thurman, “and was very excited when the opportunity arose for the NW Fulton area to become our own City”. “We as a city have both the opportunity and challenge to decide how our limited tax dollars are best spent”. “As a fiscal conservative, I believe a strong public safety department is essential. I also agree with our residents concerning the need to make our roads and intersections safer. Finally, I support the communities desire to develop both active and passive recreation areas to serve all of our residents.”

Ms. Thurman began working with Frazier & Deeter, CPA in 1989. She became a tax partner in the firm in 2000 and currently works in their Alpharetta office advising clients in all aspects of financial and business management.

Karen Thurman has been married for 25 years to her husband Mark. They chose the Milton area to raise their two children, Claire and Ryan Thurman, both graduates of Milton High School and current students at Georgia Tech. A member of North Point Community Church, she has served there as a Family Ministry Resource Volunteer.

Is Karen the one on the left or right in the picture?

I couldn't agree with you more!

Karen worked to protect the quality of life in this area long before it was a city. She's been walking the walk, not just talking the talk. I remember attending a Rural Preservation meeting when she chaired it when we were unincorporated. I don't know where this fella was, or is, that is running against her, but talk is cheap.

So you guys cant tell either?

You are correct there Mr. OPPORTUNIST, talk is very cheap, just like yours.

Interesting how a comment about Karen Thurman is viewed in bad taste.

It's pretty mild in comparrison to the exceptionally bad taste and quite frankly despicable comments made about other council members on this blog!

There have been positive and negative comments made about many people. Not just council members.

The difference is that there are those who are offended and others who are defended.

You have a choice.

Actually it is her husband in the picture, who is just happy to wag his little tail. (If she lets him)

I suggest, whilst we are discussing it, those who are accomplished and normal, deserve no censure.
Those who live in the aesthetician's office, do little and seek publicity, invite well deserved teasing.
I bet, but don't know, that Ms Thurman's spouse is neither a gelding, dork, nor a hunchback!
My interests in voting reflect an inverse relationship to front page photos and layers of makeup.

You must not know her husband?

If she votes for development, talks like a developer, and walks with developers....well, a duck is a duck isn't it?

Karen is just very controlling and her husband knows it as does the dog. Just do what she says and you will get fed and petted.

Hey, there are a lot of people out there that do what they are told and don't get fed OR petted... Might be a pretty sweet deal.

I dont know, have you seen her picture?

Speaking of lap dogs, anyone else hear there is trouble in paradise out at Hickory Flats?

The "other guy" has been in this RURAL area long before Thurman was born, that's where he was , except for the time spent in the Navy, 6 months training, then one of VERY few chosen to be captain of a Swift Boat for a year and a half. THEN he attended an IVY LEAGUE SCHOOL, Univ of Pennsylvania Wharton School, after which he has spent more than 35 years building successful businesses to EXPORT U.S. products, thus creating jobs here, not taking them away from the USA. He can analyze a financial report and figure out a budget. AND he can sniff out improper procedure that does not follow the legal protocol set forth for the city council of Milton!

Thanks for the above biography Mrs. Wolff. Great use of UPPER CASE letters.

Back in Milton Council's first year of operation and on behalf of land owners in the Arnold Mill Road area, Mr Wolffe facilitated the application for annexation of both his and his neighbors properties into the City of Milton.

That promise was not delivered!

I would take a "great use of UPPER CASE letters" over undelivered Thurman promises any day!

What promises have not been delivered? The other guy moved into the area in 2003. Haven't you read his biography? What kind of farmer is he? Looks like he is trying to portray himself as something he is not.

Don't most politicians portray themselves as something they are not?

The best thing you can say about "the other guy" is that he is not a politician, and never wanted to be.

Anonymous said...
This comment has been removed by a blog administrator.
8:04 PM

Streams of comments like this are disappointing to read. While it can be entertaining in a sick way, it's harmful by igniting much negativity in Milton. Thoughts are things. Spreads like a deadly virus. On the internet for posterity. Just like on this blog. Time to evolve people....

Anonymous said...
This comment has been removed by a blog administrator.
7:51 AM

I just want to know who the heck is up at 5:30 AM posting blogs?