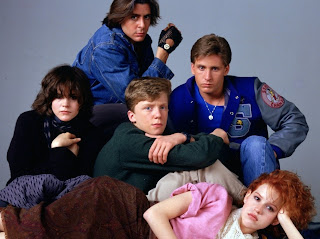 
Let’s talk about that dreaded topic that has been overlooked by the most unbiased reporters, the best presidents and even the worst dictators.

High school is either the dark ages of your existence or the best four years of your life. There is no middle. It is black or white.

Despite the fact that in the long run nobody cares about those four years, they remain astoundingly and terrifyingly important to teenagers, including myself.

And within the first three weeks of my high-school imprisonment, I have been marked.
Band kid.

And honestly, I’m okay with these categorizations.

I have seen people talk about the similarities between Colombians and Greeks -- for an entire ten minutes. Ten whole minutes!

I have been asked by a complete stranger if I own a turtle. On the same day, “someone” turned my friend’s backpack inside out in a strange ritual known to the natives as “turtle-ing.” He, unlike me, owns a turtle.
But that’s not what I would like to talk about here. I would like to discuss the class system.
In our very own local high school, people are dividing each other not by age, but by personality.
You might tell me that I should have expected this. That this is the natural order of this environment. That it is me who needs to change, to fit in.

But I can’t believe this. I know that it is true, but I just can’t believe it. Nonetheless, here are the groups.
The Undesirables: The group of kids that singlehandedly keep the Five Hour Energy company afloat. Their domain is the gas station, where you will often see them with skateboards, using the word “bruhhhhh”.

The Lovelies: Pretty much the Kardashians of high school, in the sense that they are there and they are loved, despite the fact that they don’t seem to do anything or to have ever done anything of importance or interest. They dominate the lunchroom (although they would never eat there because, you know, the food is just so grody) and the mall, where those shoes are just so nice, but also just so expensive.

The Wanderers: Those who don’t really do anything. They’re not a clique, per se. They’re individuals that are just there. You try to make friends with them, and at first it seems like they are just misunderstood little creatures, but when you try to introduce them to a new hobby, or a hobby at all, they instantaneously move to Connecticut.

Theatre Kids: They seem pretty cool, but then you go to the Black Box or the stage and see pictures of people on the ceilings. You try to convince yourself that that’s normal, that this is a normal activity. But you find more. And you begin to wonder, how do they get up there? Do these people seriously bring in ladders only to tape a picture of a woman onto the ceiling? Is this really what they do?

Band Kids: Although it’s tough for me to find faults with my own group, we are strange, strange people. No other group, for example, voluntarily locks themselves in a tuba case for bragging rights.

Orchestra Kids: Probably the most sophisticated of the Fine Arts kids, Orch Dorks know their stuff. Give them something that isn’t a string instrument, however, and everything and everybody is doomed. When handed a French horn, a member of the Orchestra will mumble something about a lesson they’re late for, dive out of a window, and rock gently in the fetal position in the corner of the school.

Math Nerds/Geeks: They’re good at math, bad at everything else. They will get both far and nowhere in the real world. They will slowly transform into cat ladies, no matter their gender.

Other Nerds/Geeks: They’re pretty bad at math, science, literature, and basically everything except for useless trivia. However, they will eventually become David Letterman. Every single one of them. Clones. The cycle is complete.

What I think I’m trying to say, dear readers, is that as high schoolers, we all share one thing: We are all, in some way or form, immensely dumb for latching onto a single group. So teach your kids about their common ignorance, and tell them, “Hey kid, cliques are bad. Be stupid together. Make friends with everyone. Also, get good grades because that’s like kind of the reason that you’re doing that whole thing in the first place. So focus on that.”

Bo, this is hilarious! You make me laugh out loud! You always write what others think. Such a great read! It should be required reading for every high schooler and parent out there!

I caught that Lost Hero reference! You left out a bunch of groups (Whovians and others like them, Amines/Japanifiles) but that's just how it is.

If I can give you a bit of wisdom, Bo, it would be to not get so caught up in the labeling of groups in school.

I used to do it constantly because, like you, I was obsessed with pop culture (especially 80's pop culture) -- i.e. people working out their high school demons in creative ways.

I even had an entire ranking system and considered myself a solid B who moved between B-plus and C groups with a few patches of A crowd. Looking back, it's borderline fascist! No wonder I was so unhappy.

But, I believe it was Keirkegaard or Dick Van Patten who said, "If you label me, you negate me."

Good joke (thanks Wayne's World) but it's true. Labeling folks as a protection from the miasma of B.O., powerful emotion and unending heartache that is high school shuts you off to some potentially great friendships.

I learned this too late and decided later on it was my own fault that high school seemed like such a soul-sucking experience.

Of course it's fun and comforting to do this (label your peers anthropologically in an ironic attempt to distance yourself from the reality of the situation, thereby exerting some control over what is essentially chaos), but just be aware that sometimes there's a lot waiting below the surface.