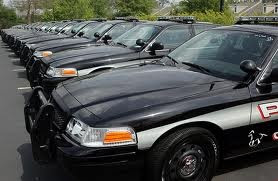 Time to look out for our own.

Recently, I had the honor of enjoying another "ride along" with one of Milton's Police Officers. I was assigned to fifteen year veteran officer Lt. John Borsey for a few hours. His shift would run from 5am to 5pm.

As we patrolled the city, discussion would take us to Lt. Borsey's career. He started in Hapeville in 1997. From there, he transferred to Woodstock in '99 and then jumped over to Kennesaw in 2003. He decided to come to Milton in '07. While his knowledge is vast, his main area of expertise is traffic and fatality investigations. For those Milton families who have lost a loved in one of Milton's open road neighborhoods, Lt. Borsey was most likely the lead investigator.

I was also surprised that Milton typically has only four officers on duty for our 35,000 plus population. Earlier this week, our home town suffered a great tragedy when a father gunned down his teenage step son. According to authorities, all four officers on duty rushed to the scene. Those scheduled for the following shift had to be called in early for coverage purposes. However, during that brief moment of exchange, our citizens were left in great jeopardy as the rest of the city was unprotected. Before the end of 2012, our elected officials must guarantee six or more officers per shift. This would
insure one officer in each of our three zones remain when emergencies take place.

Our officers typically work over forty hours a week. When an emergency takes place, the last thing I want are first responders who are exhausted. When seconds equal years, these men and women need to be as well rested as possible so that they can perform their important tasks clearly with extreme focus. Again, more officers are needed.

With citizens having the honor to employ such a credentialed hero, I had to ask myself what can we do to keep Lt. Borsey, Sgt. Kiel, Officer Hayes and others like them here? Much like thousands of industries throughout the US, all are looking for the better deal to provide the best life for loved ones and themselves-including police officers.

There is quite a bit of overlapping from city to city in North Fulton. Johns Creek residents go to Alpharetta for various things, Milton residents go to Roswell for the same and vice versa. Our communities are interlinked via many routes. 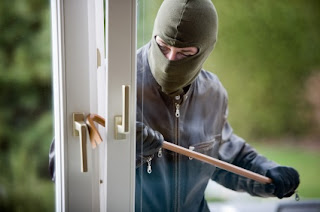 One such commonality is the pursuit of good professional officers with offerings of competitive pay and benefits. So how does Milton's offering stack up against it's neighbors? Some elected officials past and present have claimed that our officers were either on par with "similar municipalities" or above. As stated earlier, North Fulton is a community within itself, but I digress...

It is time to expose the truth of the matter.Ranks included here are Officer, Sergeant, Lieutenant, and Captain.

In regards to the rank of Sergeant, Milton is the only municipality amongst these cities to carry this level. The average here is $49,223.87.

Our compensation is dead last across the board. In a city where local leaders past and present have boasted that Milton "is the second wealthiest city in Georgia", shouldn't our officers be some of the better paid amongst the state? After all, everything is relative. Our tax monies should be spent in a priority fashion. On the top of that list should be the protection of family, friends, and property and so on. Rest assured, an old house on a hill isn't going to come to your aid in time of great perile. 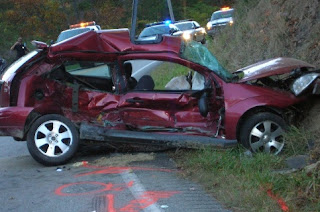 Not only does adequate policing by experienced officers keep our loved ones safer, it also has a positive impact on property values. There is a reason why we are told to stay out of a "bad area"; the primary reason being not enough officers on hand to insure a safe community.

In conclusion, it is time to look out for our own. Milton's officers are willing to lay down their lives for us. The least we can do is contact council and demand that our officers are paid aggressively. Tell them that more officers of the highest caliber and experience are needed to properly protect our Milton and tell them the time to act is now. Otherwise, we run a higher risk of danger and the reputation as the last place any good public servant would want to serve.

Our city leaders (and I use the term loosely) should be ashamed of themselves....we have good officers, they should be paid well to stay here.

Great article, real eye opener. So what next BLOOM?

Isn't Lagerbloom a former officer? If so and if these numbers are accurate, this looks poorly on him.

well people you have answered your own question. Bloom and those who run the city and Dept.(Chief and Capt's ) don't care about the officers, they only care for themselves. In fact they would much rather have 1 or 2 fulton county officers up there instead of a city police. Less officers mean less issues and people to suck up to. MILTON GOVERNMENT DOES NOT CARE OR WANT A POLICE DEPT. Neither does most of the residence.

oh and one more thing. Every year the starting pay for officers have gone down. When the city started the officers started in the mid forties, two - three years ago it was 39000. so there you go..

Regarding the numbers reflected in this editorial, we are happy show where this information was gathered. Send your request to:
tim.enloe@yahoo.com

Once again, Mr. Enloe lights a match, throws it on a brush pile, then sits back and watch his followers dance around it.

If the current pay structure is so bad, why are all the positions filled? If the City of Milton couldn't get any qualified applicants, they would surely have to up the salary. It's pure and simple supply and demand.

If you want more officers and higher pay, vote for increasing your property taxes. Let's see who comes out of the woodwork on that topic.

In Conclusion, this could be the most retarded blogger on blogspot.

The Milton police officers are good. They need to be paid accordingly.

Wow, the use of the word, "retarded," by poster 4:21 shows a serious lack of education. If you don't agree with someone, man up and state your reasons.

tim apparently cant remeber his own thoughts anymore "I was also surprised that Milton typically has only four officers on duty for our 35,000 plus population." how could that be given all your rants and raves regarding milton not having enough police

This editorial has been a work in progress for over four months as information was gathered.

At the time of this ride along, it was confirmed that we typically have only four officers on duty per twelve hour shift.

I encourage you to get to know our police officers and support them.