Milton parents charged with murder in death of infant. 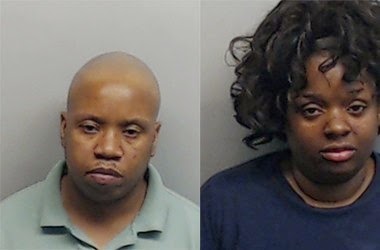 Milton police have charged two parents in the death of their one-year-old daughter.

Shaun Jewell, 35, and Altair Murphy-Hubbard, 30, both of Milton, were arrested by City of Milton detectives April 1 after a lengthy investigation into the death of their daughter last year.

On Oct., 22, 2013, Milton police and fire personnel responded to Jewell and Murphy-Hubbard’s Twinrose Way home after the parents reported their daughter was having trouble breathing. The young girl died later that day.

An autopsy by the Fulton County Medical Examiners’ Office later ruled the cause of death was homicide by medical neglect. Detectives launched an investigation and determined the child’s death was allegedly due to a pattern of neglect and lack of medical care from Jewell and Murphy-Hubbard.

Murphy-Hubbard was charged with felony murder and cruelty to children in the first and second degrees.