Milton names volunteers of the year. 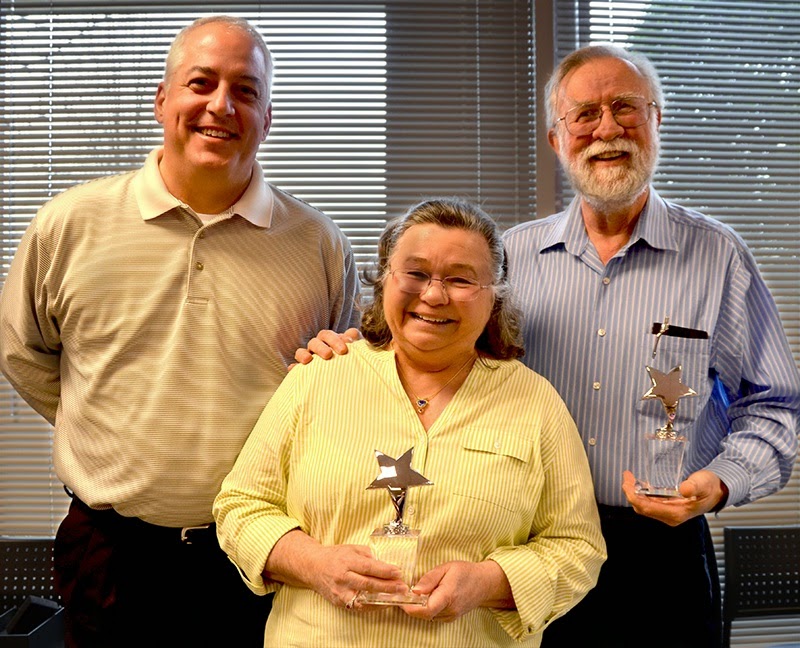 At the second annual volunteer appreciation luncheon Saturday, March 29 the City of Milton honored its volunteers of the year.

Volunteers of the Year: Jack and Francia Lindon The husband and wife team of Jack and Francia Lindon are founding members of Milton Grows Green (MGG), starting their volunteer engagement in 2007. In the seven years since, Francia has been instrumental in the city earning the Atlanta Regional Commission's CREATE Award and helping Milton become a National Wildlife Federation Community Habitat. She also serves as communications chairwoman and secretary for MGG, creating logos, signage, brochures and branding.

Parks and Recreation Volunteer of the Year: David Winsness David Winsness is the founder of EagleStix Lacrosse Club, now the second largest recreation program in the City of Milton with 225 girls. EagleStix, founded in 2011, takes athletes as young as four to the high school level in both recreation and advanced levels of play.

The program serves as a feeder for Milton and Cambridge's programs, and has been instrumental in the Milton Lady Eagles string of eight state lacrosse championships in nine years.

In addition to his regular volunteer duties with the city, Jamison was instrumental in launching the revamped Crabapple Fest in 2013 due to the city's partnership with CCA. In this role he spent hours planning and executing the largest festival in Milton's modern history, and is already hard at work this year to bring the fall festival to fruition in October.

Board and Committee Members of the Year One member of each of the city's volunteer boards or committees was nominated by the staff liaison as representative of the year. These honorees included: