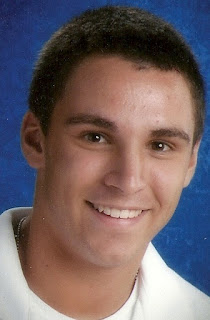 Eller is the founder of Woof 'Em Down Dog Biscuits, which he runs with his brother Thomas. Zack and Thomas donate all profits from the sale of their homemade dog biscuits to pet rescue and so far have raised $13,000 and donated more than 1,000 pounds of pet food to local animal shelters.

The award is named after 18-year-old Mariel Hannah, an animal lover who was tragically killed in a 2006 home invasion.

In 2008, Zack and Thomas were chosen by Disney's Wondertime Magazine and the nonprofit Points of Light Foundation as Grand Prize winners in the "Littlest Volunteers" contest. That same year, they were awarded the "Shining World Compassion Award" in recognition for their efforts.

Additionally, in 2008 Zack was named the middle school State Honoree in "The Prudential Spirit of Community Award" program, which is the United States' largest youth recognition program based exclusively on volunteer community service.
Zack was awarded the 2009 Young Hero of North Fulton Award from the Roswell Rotary Club and the Teaching Museum North. He also received the DAR Citizenship Award.

But it didn't stop there. Zack was a finalist for the 2010 Humane Teen of the Year Award. He received an Honorable Mention for his exceptional contributions to animal protection from the Humane Society of the United States. Additionally, in 2010 he was the local store winner in the Kohl's Kids Who Care contest.