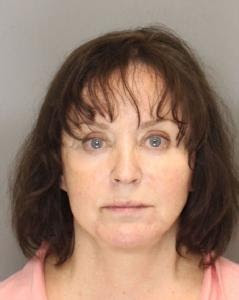 By Mike Morris
The Atlanta Journal-Constitution

A North Fulton woman was arrested Friday after allegedly striking a bicyclist in Marietta and fleeing the scene.

The cyclist was struck at about 12:25 a.m. Friday while riding along Roswell Street at Aviation Street, Marietta police Officer Michael Gardner said.

The cyclist was thrown from his bike and sustained serious injuries, Gardner said. The man, whose name has not been released, was taken to Wellstar Kennestone Hospital in critical condition.

Gardner said the driver fled the scene, but police tracked the suspect vehicle, a 2005 Lexus ES380, and its driver to a Milton address and arrested Judy Mae Petrovsky, 67. She was charged with DUI and felony hit and run, and is being held in the Cobb County Jail on a $10,000 bond.